The Bowland hills are a remote area of moorland to the East of Lancaster. You can sometime spend all day running or walking and not see anyone else. The first route here is one of the most popular areas though as it is so close to Lancaster and thus easily accessible. Venture further into Bowland and peaks such as Wolfhole Crag you will have to yourself. 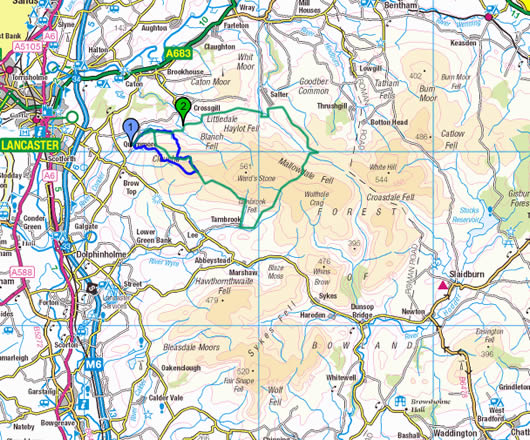 Grit Fell and Clougha Pike from Rigg Lane (11.5kms with 370 metres of ascent) 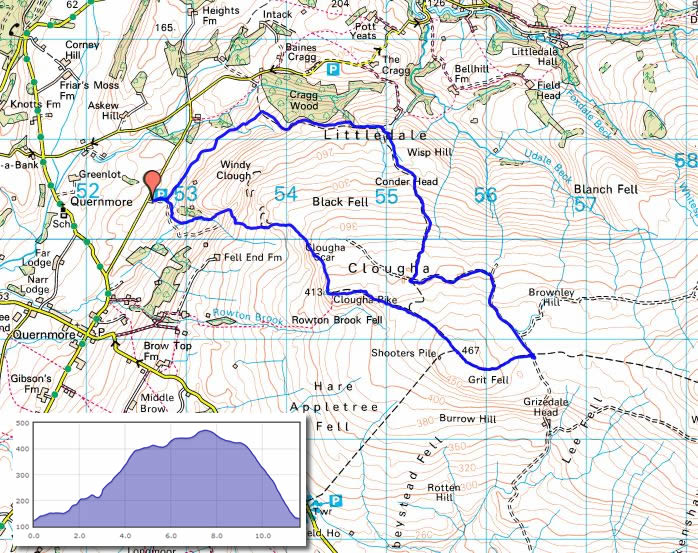 Follow path North over viaduct, then track for a short while before rough but obvious path leads East 100 metres past gate (after the first really steep hill). Follow track to stream, cross this and head uphill to continuation of path after heathery section. Meet track again and follow this for 1.9 kms then head West on a path past a lone fir tree to traverse Grit Fell and onto Clougha. Return down main path bearing left at the 9.9km mark. 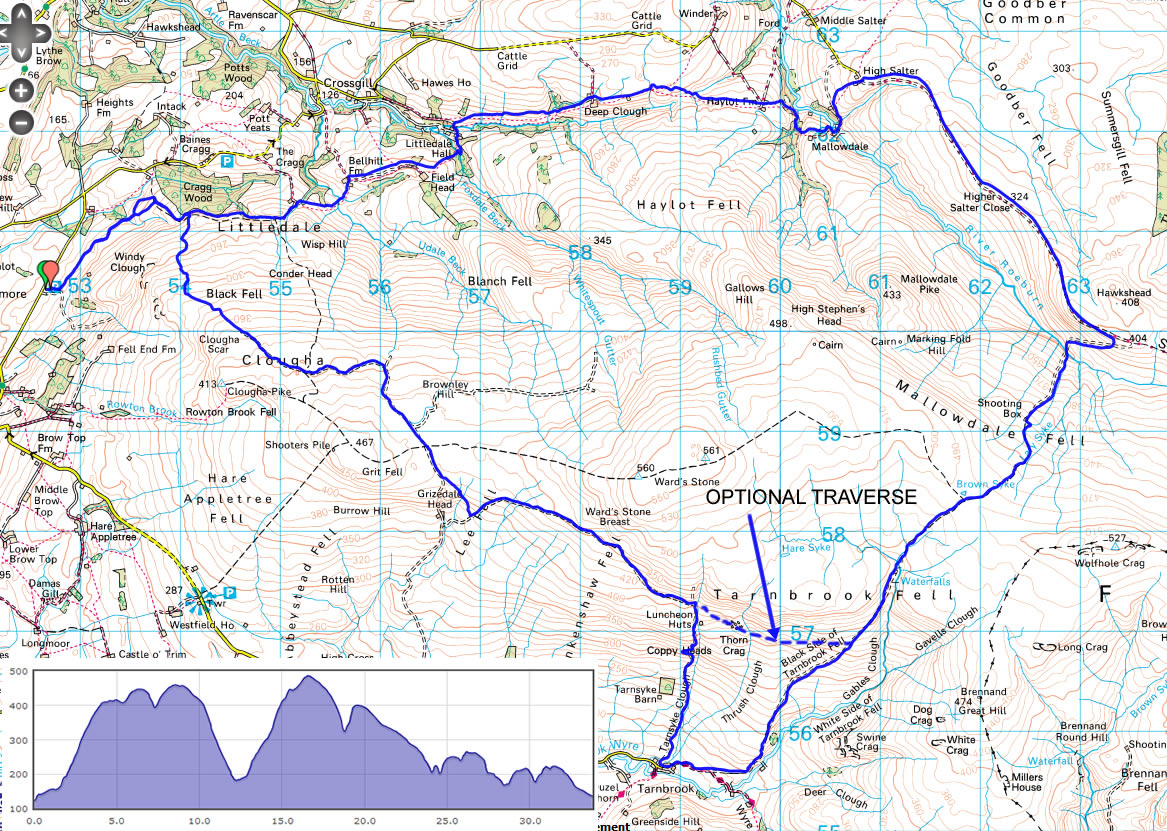 Follow path North over viaduct, then track all the way to Tarnbrook (optional traverse to avoid descent and re-ascent). Over the watershed to Mallowdale Fell and left to High Salter after steep descent and re-ascent. Footpaths through Haylot, Deep Clough and Littledale where map or GPS is useful bring you back to the track near Cragg Wood and return to start.